I can’t believe this is the last set of images from Ryan Leigh’s session in our Hubert studio! Coming up with a name for this blog was a little harder than expected. With the Angel, Pretty, and Neon parts of her session, it was easy! This time we’re focusing on the images we made in the bedroom and shower sets so my thought was “homey boudoir”. I considered “getting ready” but didn’t want people to come on here looking for advice for their session. Not quite an “au natural” situation since she wears lingerie in both sets. Anything with “wet” in the title came across a bit differently than was our intention. If you think of a great name for this post, put it in the comments! Totally up for a better name for it.

The bedroom set has some amazing natural light thanks to the two windows. In addition to the bed in there, there is also a mounted mirror we like to play with. It gives us a unique opportunity to capture you from two sides at once. It was added to the bedroom set shortly after her last session here and she was excited to play with it! Her outfit for the bedroom set was our fishnet & rhinestone bodysuit. Seriously, it looks like it would fit a doll on the hanger but it stretches like crazy! We started with Ryan Leigh posing on the bed and I was up on a stepladder to get a “from above” angle. Next, I moved to the side and made sure to focus on her and her reflection. This is one of my favorite ways to add some variety to your images: just change the focus!

Our next shooting area was the mirror itself. Starting with natural light, Ryan Leigh played with posing. After a while, we decided to pump up the drama and added the flash and snoot. You might remember me mentioning the snoot in one or two of her other blog posts. It’s what creates the spotlight look in some of her images. After the snoot, we transitioned to the sphere we often use on location. This gave us some diffused but still dramatic light.

Finally, we were ready to head into the shower set. I call it a set but it is a real shower just off the bedroom set. Due to the great natural light in the bedroom, we block off the windows to prevent glare. Ryan Leigh put on a white body suit she brought with her to keep things a but more modest and add some flare to the images. My amazing assistant Litaee was on hand with the light wand to move it around as Ryan Leigh posed. This guaranteed the best light for each image. You may also notice sometimes the focus is actually on the water droplets. This is a great way to add a touch of mystery to your images.

Overall, this was a really fun homey boudoir session with Ryan Leigh. We laughed, goofed around, and made some gorgeous images. 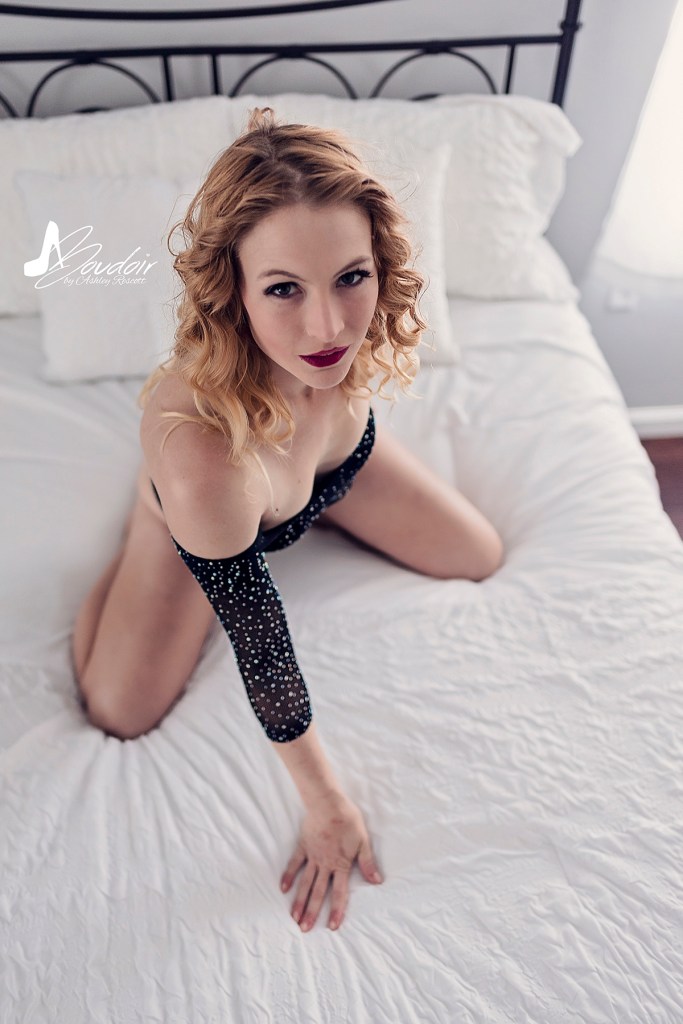 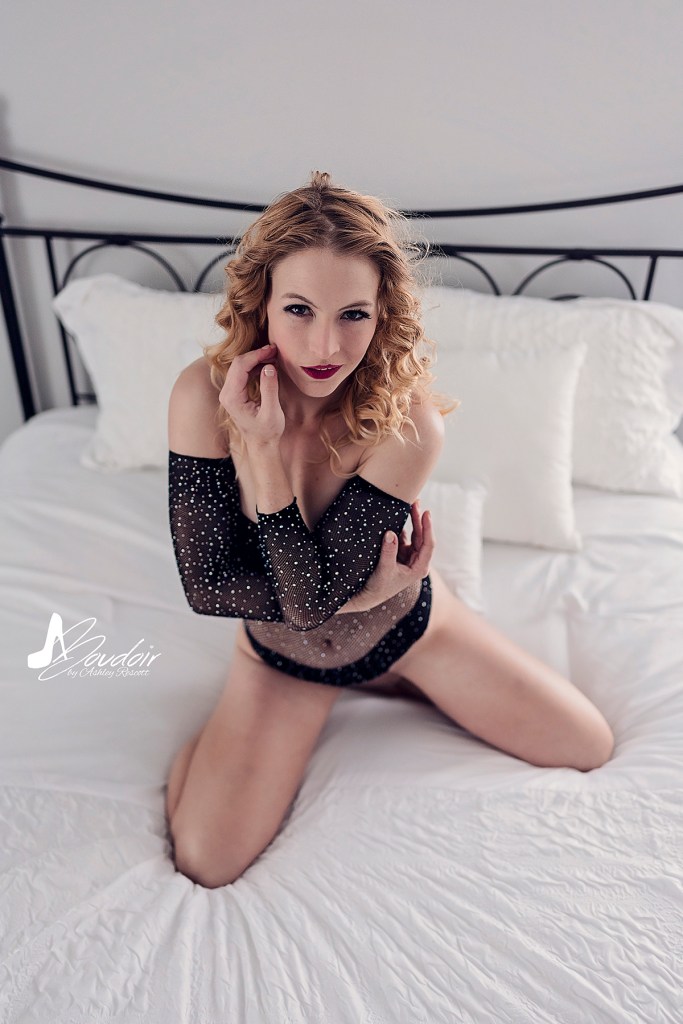 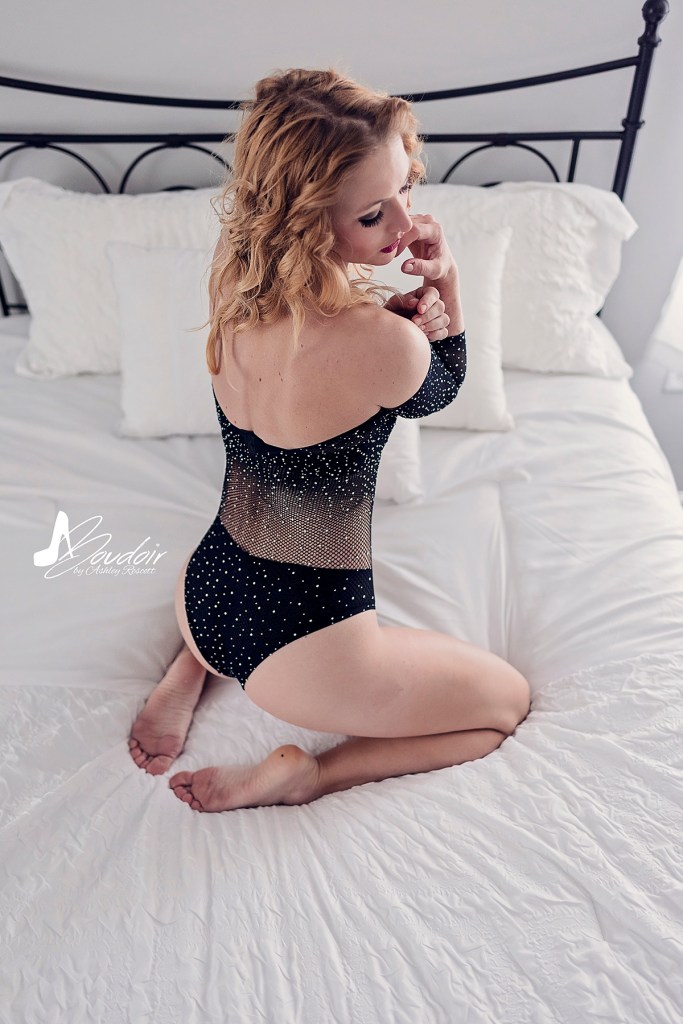 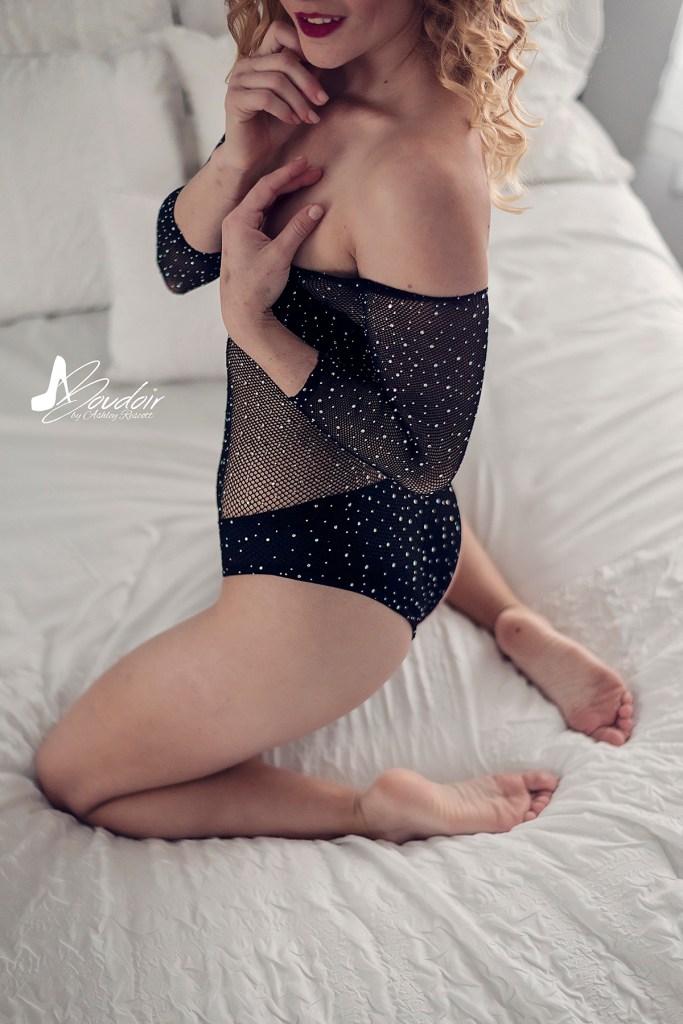 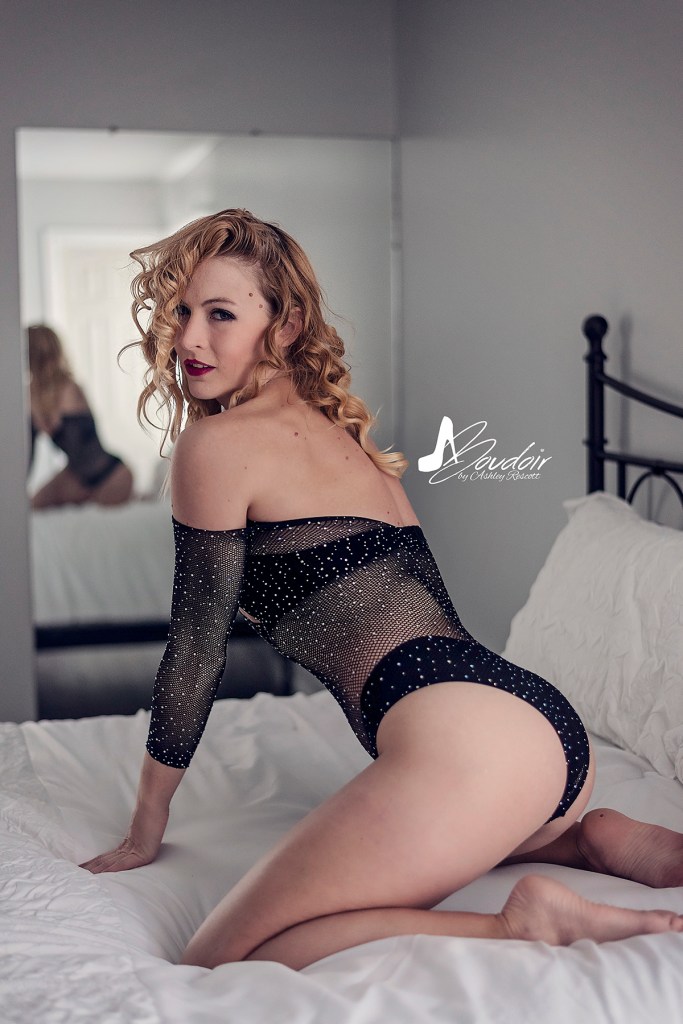 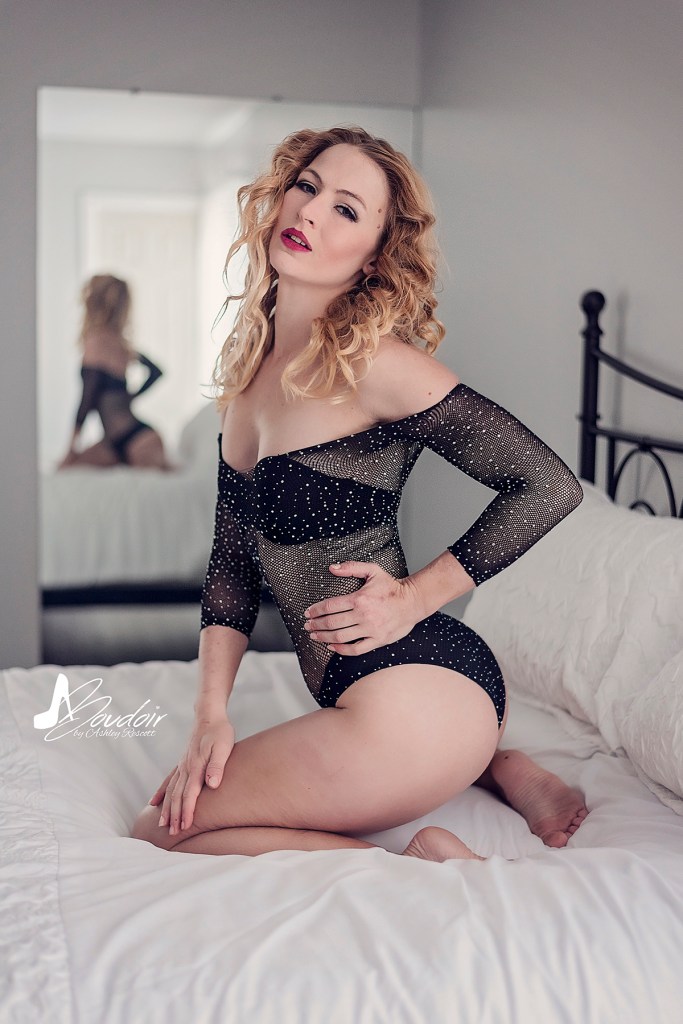 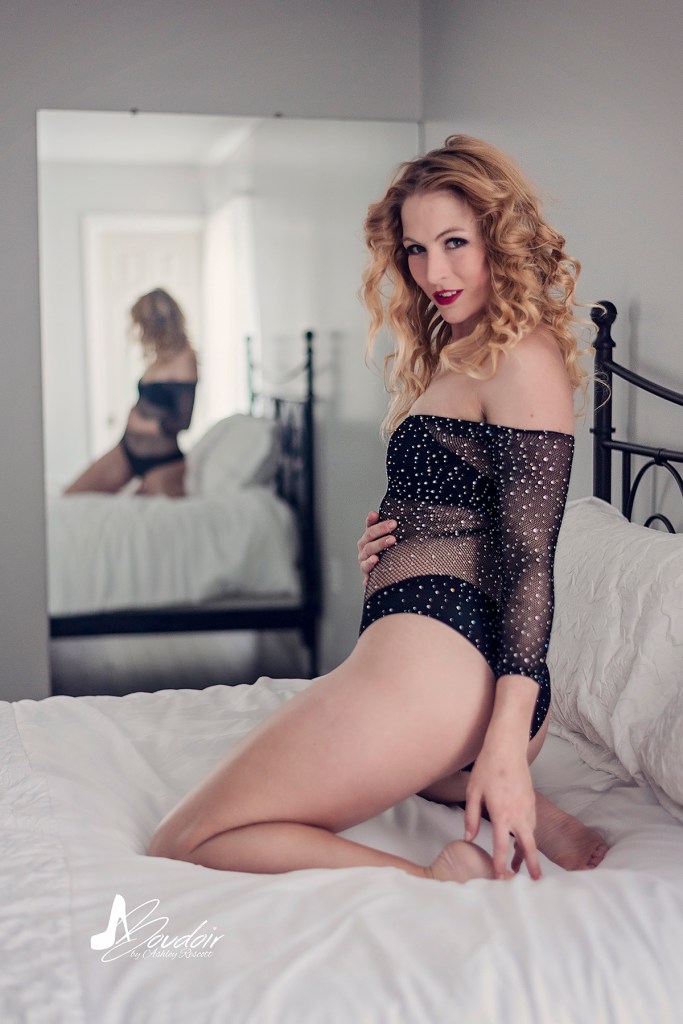 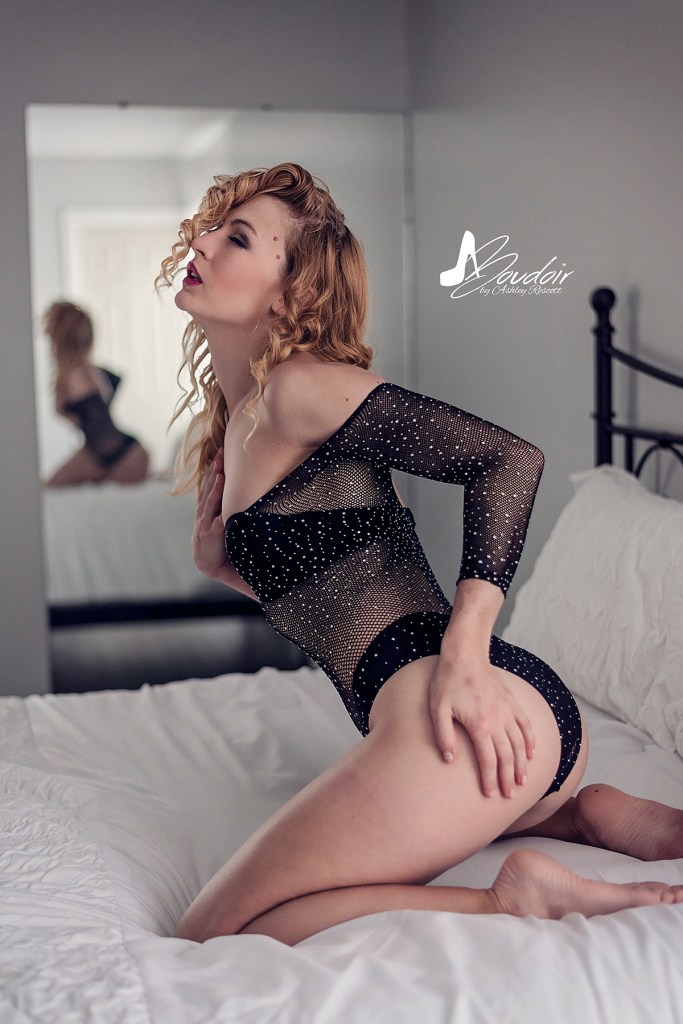 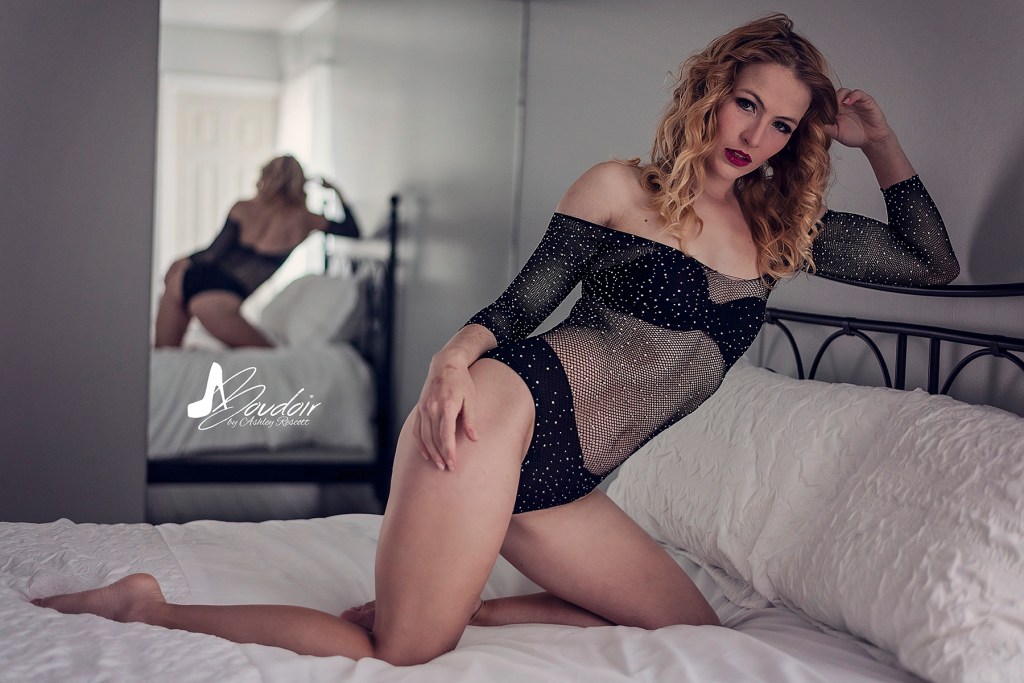 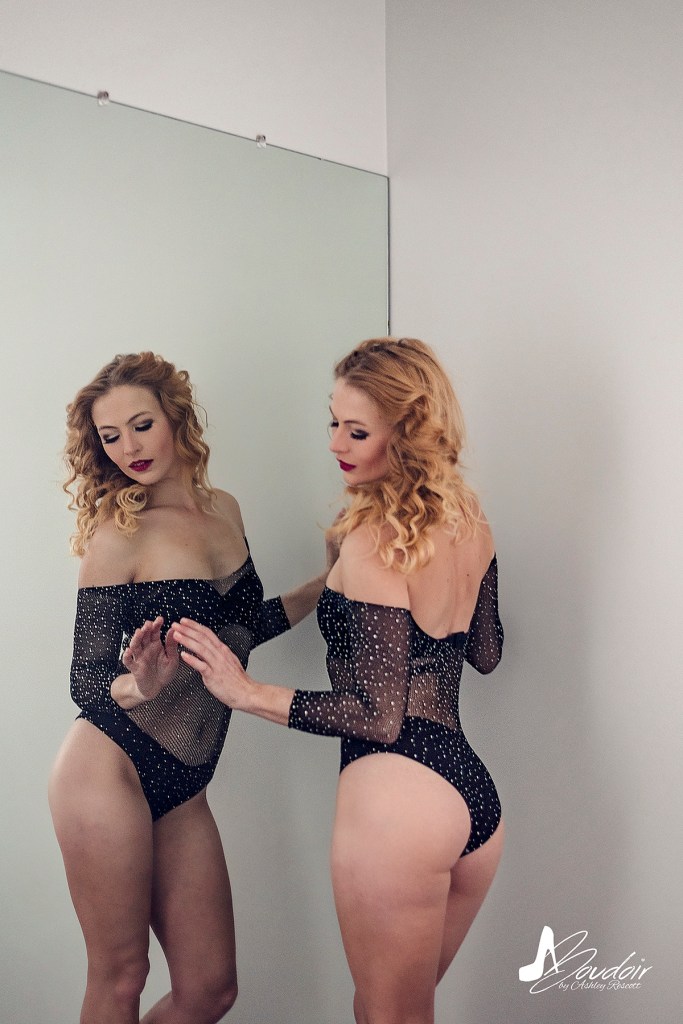 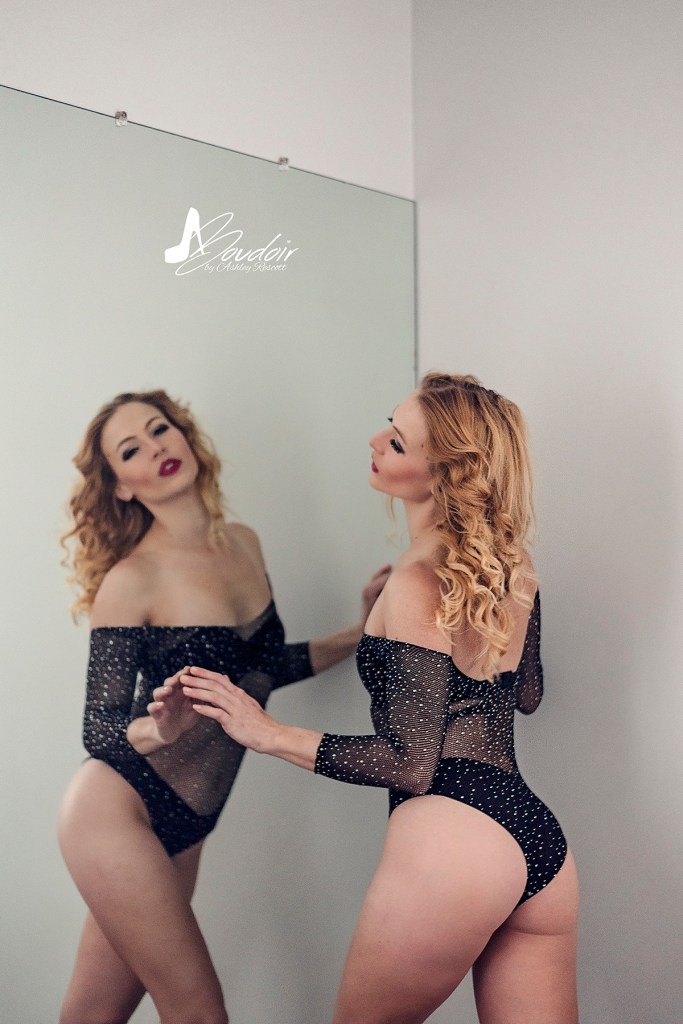 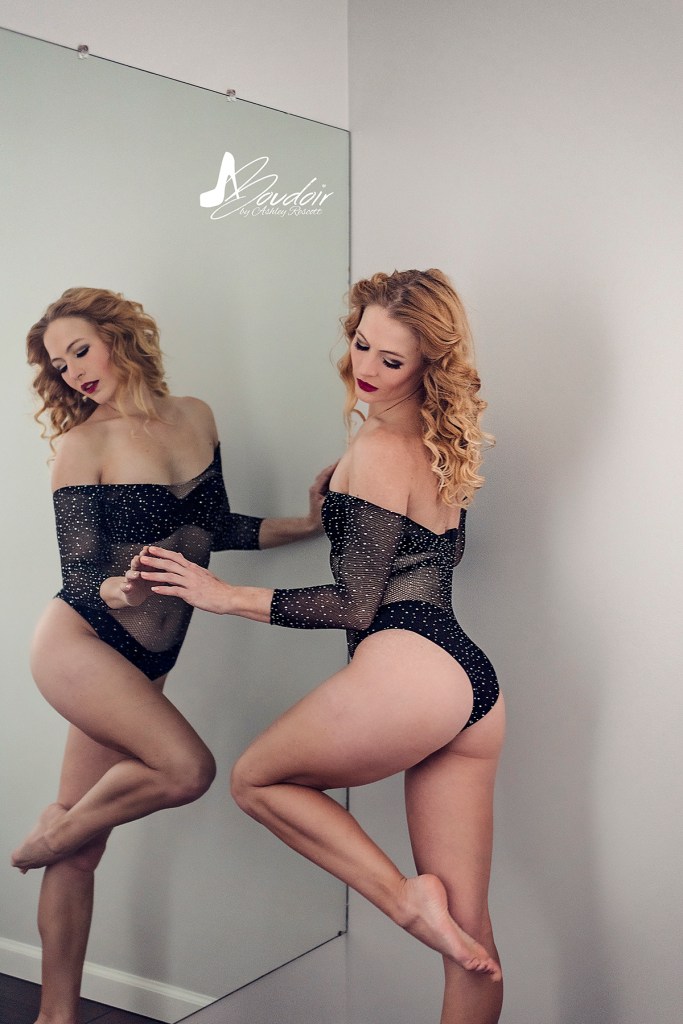 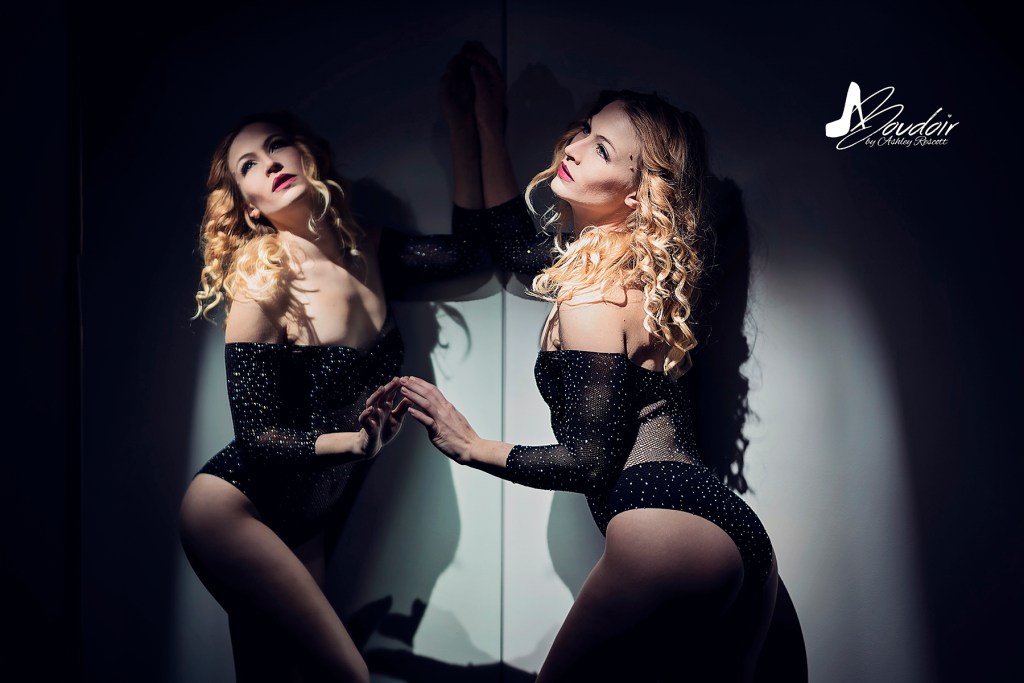 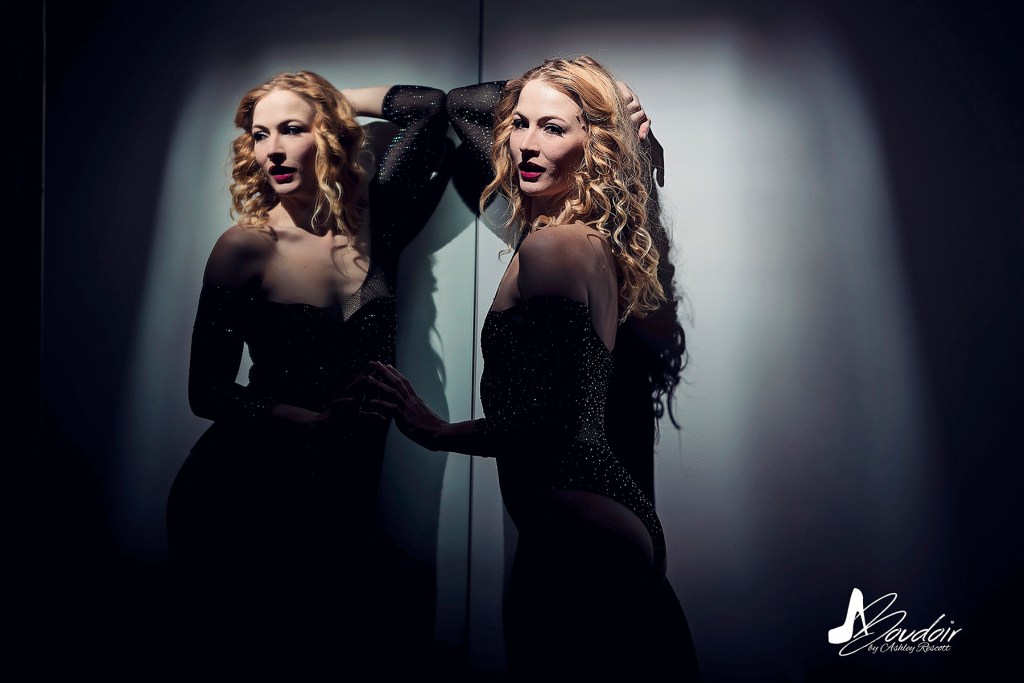 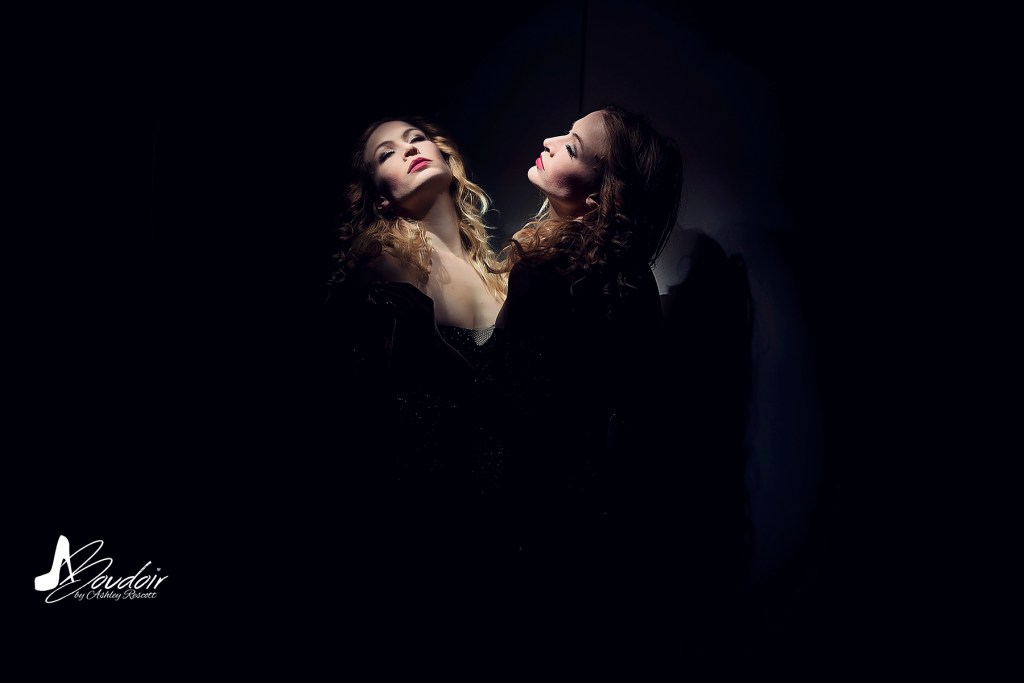 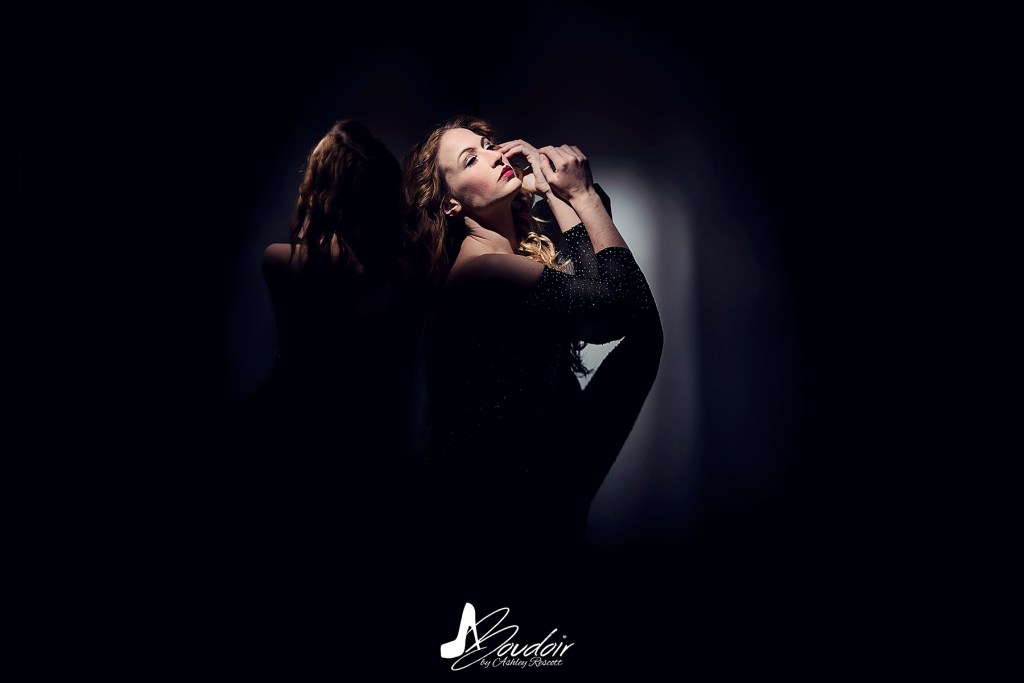 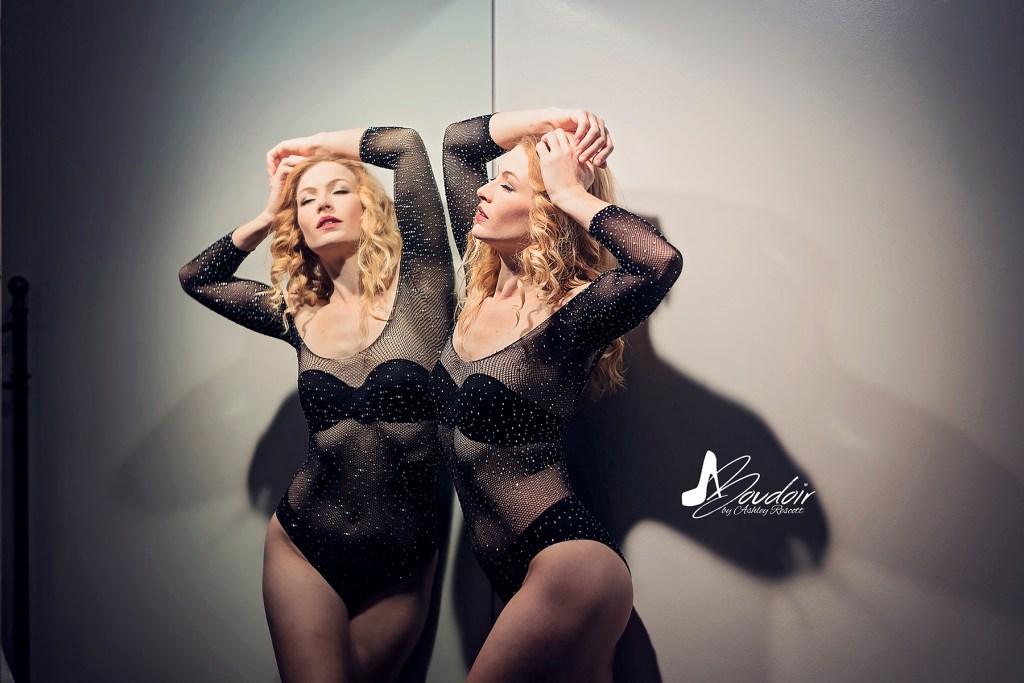 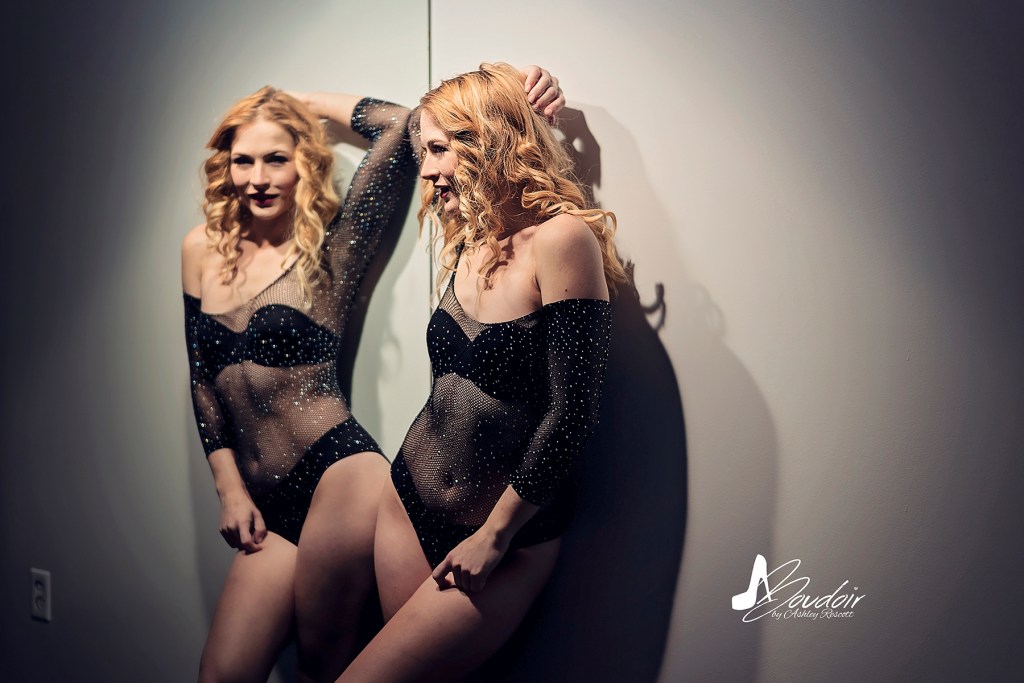 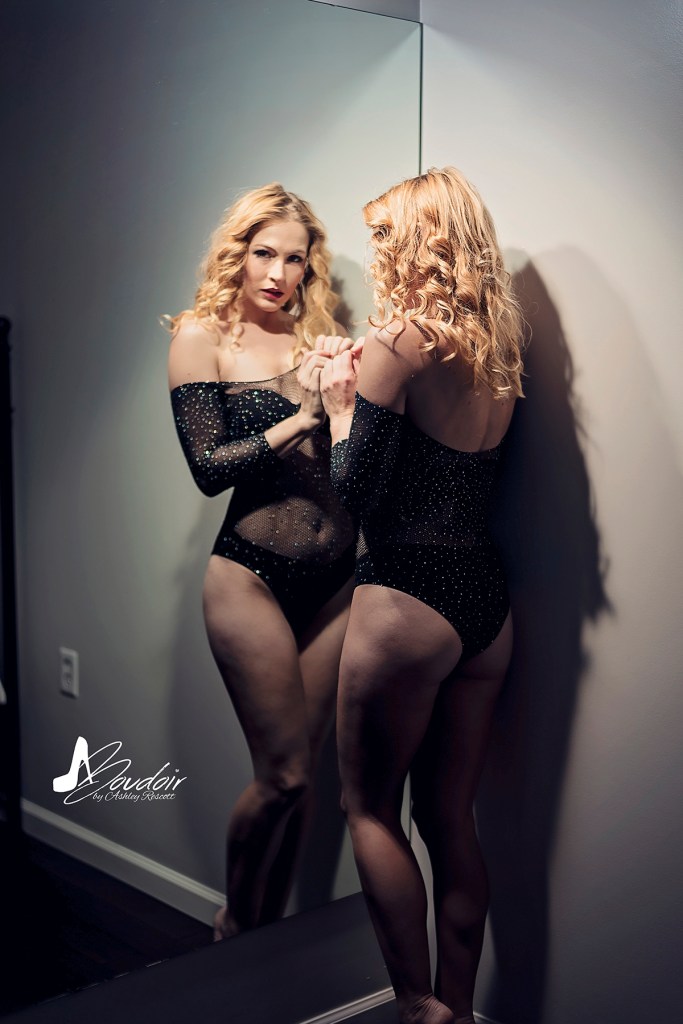 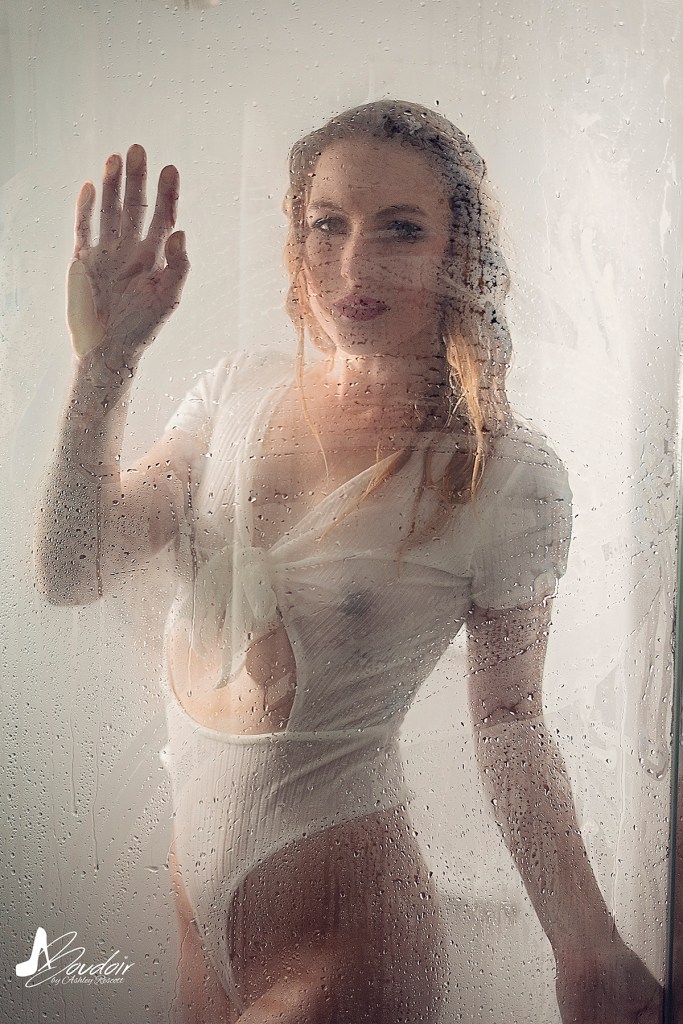 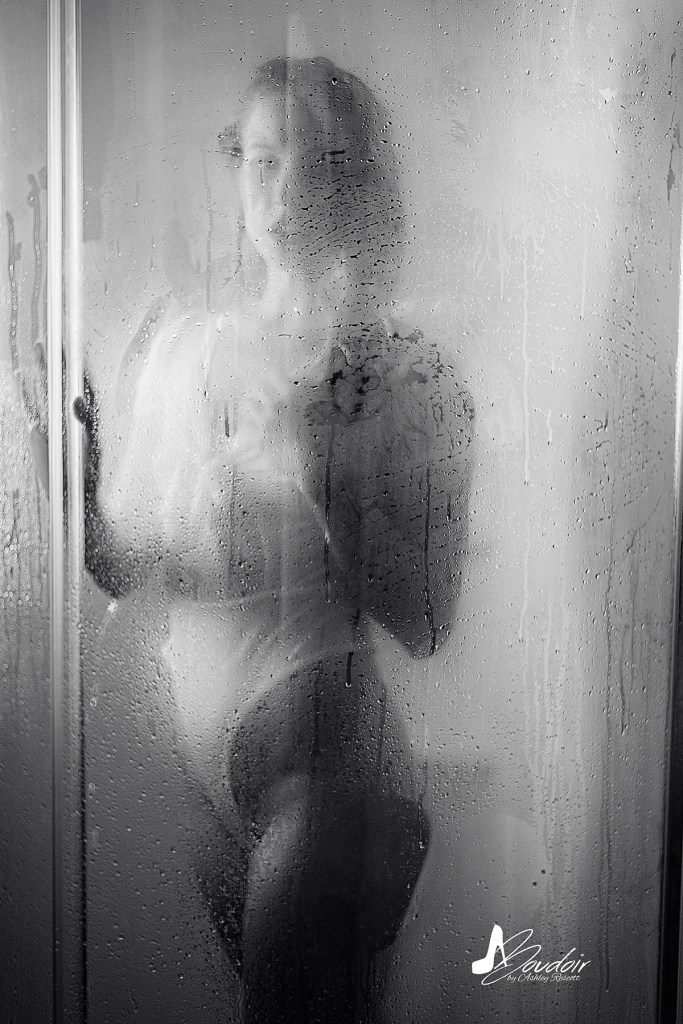 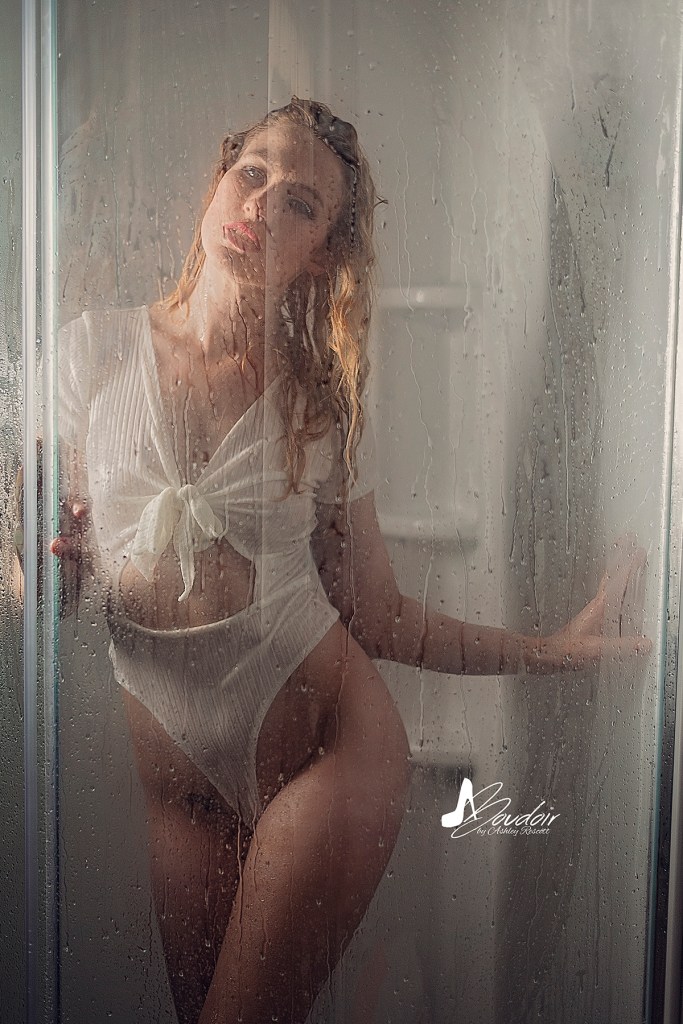 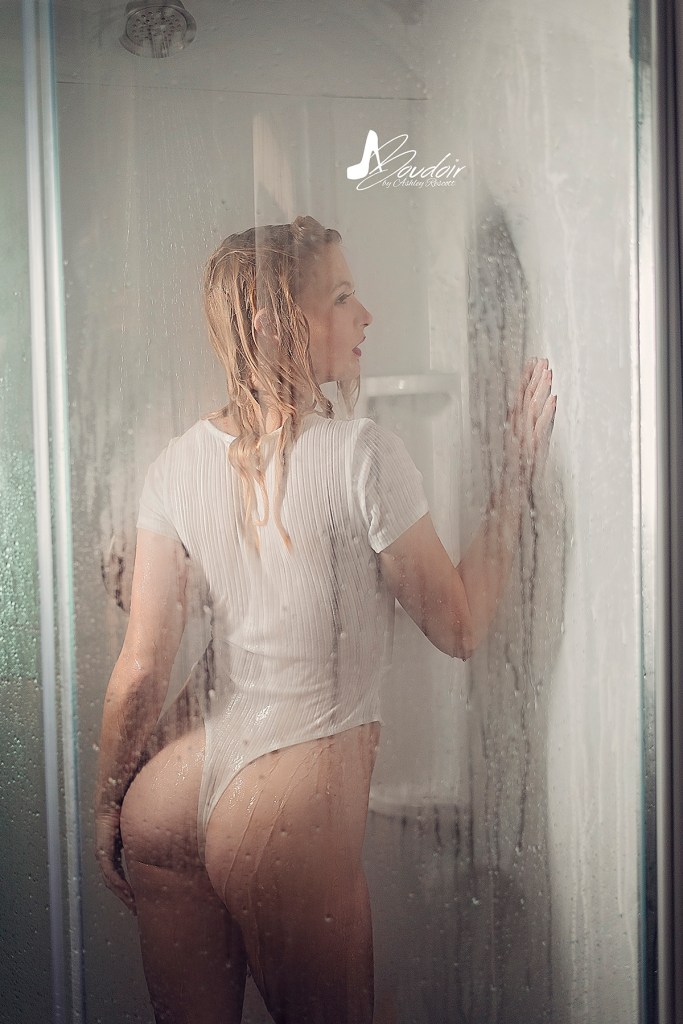 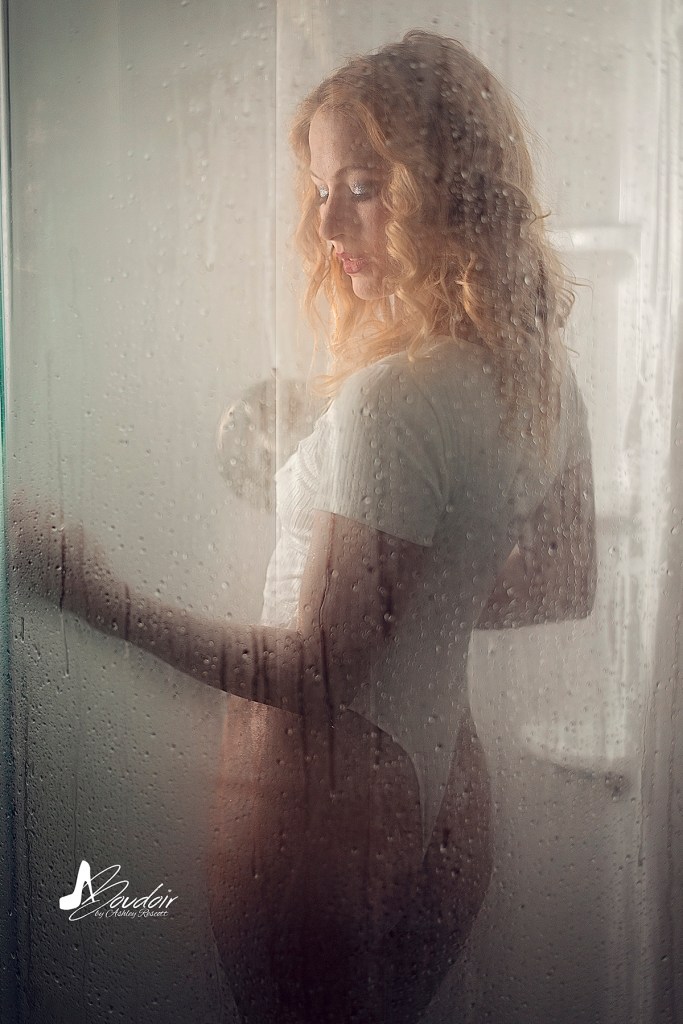 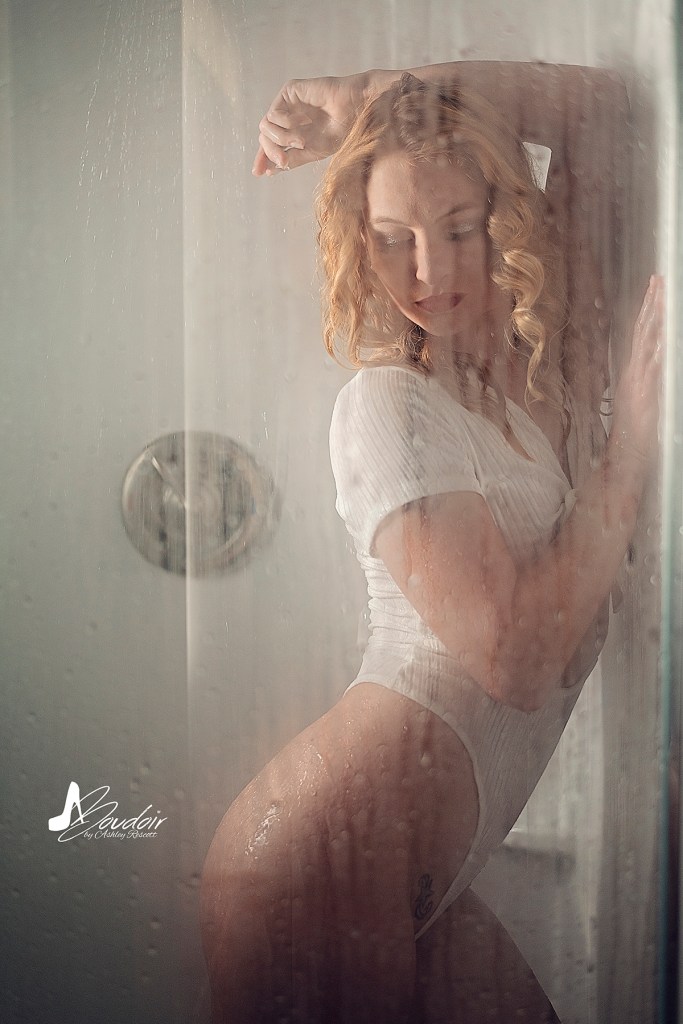 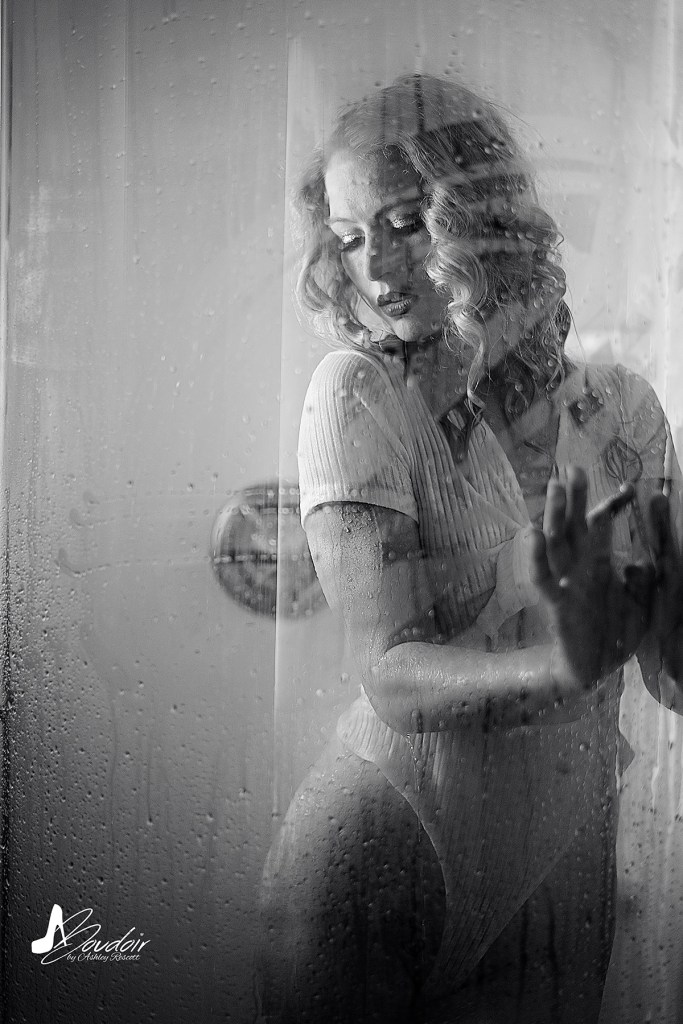 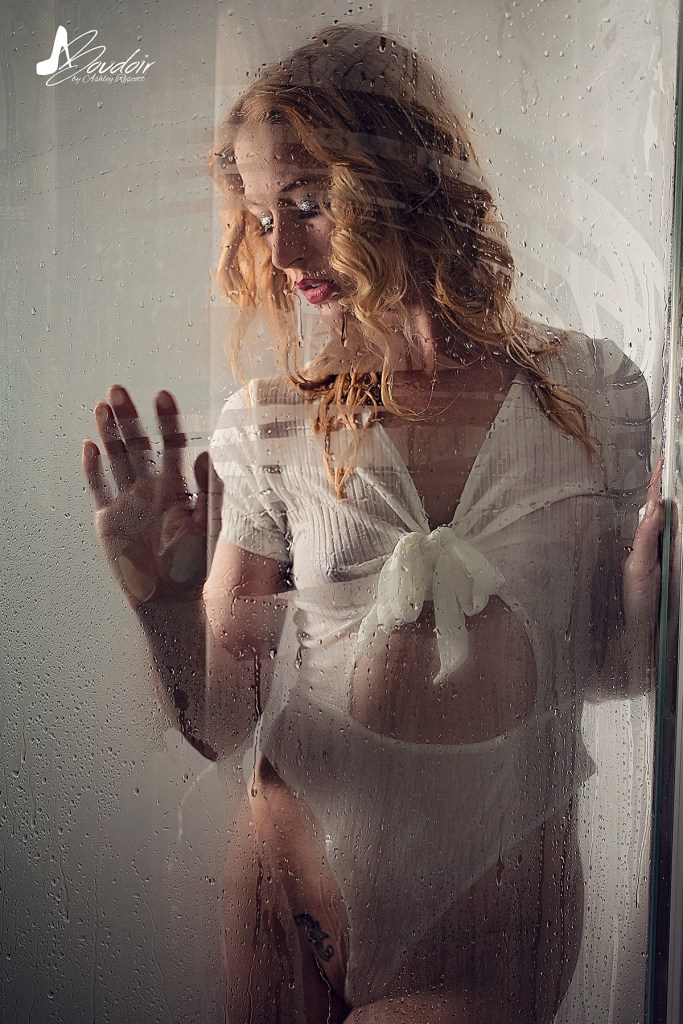 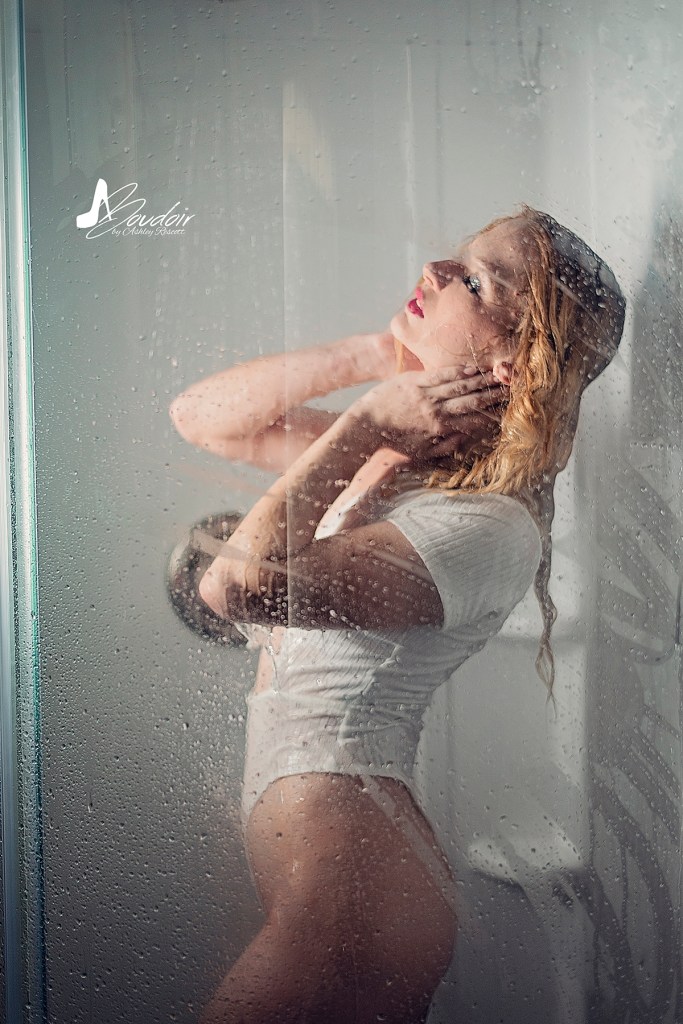 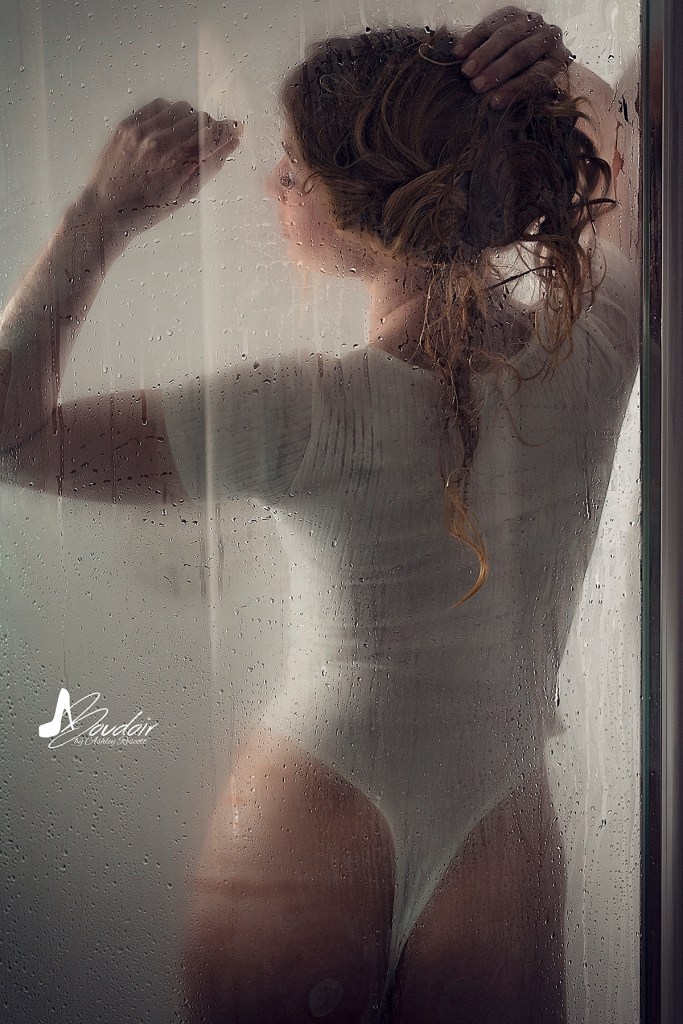